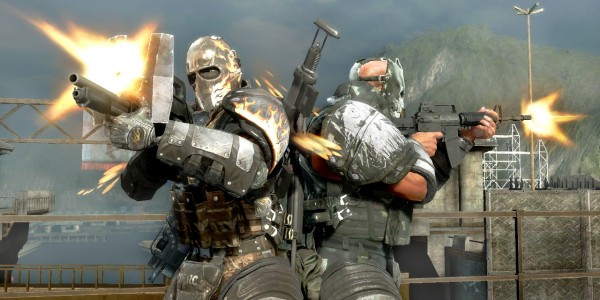 I’m a long way from an expert on video game design, and I can’t break down the crucial mechanics / design features that make a game truly great…I’m just your average casual gamer, who knows what he likes. It just so happens that I feel that co-op is one thing that the gaming culture will always need. I’m not talking about cooperating with 4 other players to defend your base from the opposing team of 5…I’m talking about 2 or more human players working together to defeat evil (the computer, or engine).

Growing up in a console home and being one of 4 kids. I’ve always been about co-op. The first game(s) we got for our Sega Genesis were Sonic 2 and Teenage Mutant Ninja Turtles: The Hyper Stone Heist (both awesome games). Both of which were co-op.

The rest, as they say, is history…

Over the years, with all the bright shiny new console releases, I’ve noticed a trend that I’ve come to find somewhat unsettling…I’ve noticed that there has been a large increase of competitive games, and a decrease of cooperative games….I should be more specific…couch co-op games!

For those of you who don’t know..couch co-op basically means a cooperative game where both players can play together in the same room. Ever since the 360 came onto the scene, I’ve been deceived time and time again by games that say co-op on the box…only to get the game home, load it up, and it’s online co-op only…it’s enough to make one rage…just a little..bit..

It got me thinking…is co-op a dying concept in gaming? Is competitive play the mainstay of modern gaming?

I always appreciated co-op games for one simple reason…they taught me to work together with the other player to achieve a common goal. One of the best examples I can think of is Sonic The Hedgehog 3…

Now if you watch Egoraptor  or his other channel Game Grumps…you’re most likely familiar with his dislike for Sonic The Hedgehog…trust me, he’s not the only one…for good reason though…there’s a lot of reasons to dislike Sonic games…be it rushed production…buggy game play, bad voice acting, the list goes on…

Sonic’s games have been…lacking for a long time now (with the exception of some recent releases). However, I’m referring to the classic Sonic games, and what they did for me personally as a gamer….now back to Sonic 3.

First of all, the most prominent addition to Sonic 3 is not only the fact that Tails’ flight can be controlled by Player 2 (by tapping the jump button repeatedly, you can make the young fox take to the air…accompanied by an adorable little helicopter sound effect). This was HUGE for my siblings and I, because this feature was lacking in Sonic 2. Tails’ flight was merely used as a means to recover from a pitfall or death.

Not only could Tails fly manually, but he could also carry Sonic for a short period of time! This opened up a lot of possibilities as far as finding secret areas, and getting to places where Sonic couldn’t on his own. This changed Tails’ role from just tagging a long, to being a crucial part of the game play, and also giving Player 2 more of a purpose.

There is a Zone called Marble Garden, and the fight with Dr. Robotnik at the end of Zone 2 was very different from the previous encounters…he flies down in a large drill contraption, and proceeds to laterally bring the stage down around you!

Moments after, Tails emerges from the chaos carrying Sonic, where the battle ensues mid in air…not only does Tails save Sonic from plummeting to his doom…he also plays a pivotal role in defeating Robotnik! Whether I was Sonic or Tails, this was a truly epic moment in my gaming childhood! 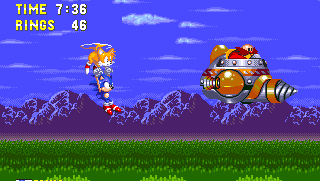 This was one my favorite Boss Battles of all time!

Another title that was built around co-op play is Army of Two. Playing as two mercenaries fighting in a war of guns, and politics…you employ effective strategies to take down rooms of enemies, heavy armored juggernaut type foes, and even rival mercenaries while upgrading your weapons and armor along the way.

This game was awesome, especially the mechanic that allowed one player to take all the ‘heat’ from enemies by basically laying down fire onto the battlefield. Not only did the attract the attention of enemies, but it also made the other player become essentially invisible allowing them to sneak around, and flank enemies!

Let’s also not forget back-to-back mode where both players literally stand back to back with enemies surrounding them for a Hollywood Action Movie style face off.

This game would have been one of my favorites, if not for the fact that the game play became repetitive after a while, and some of the stages dragged on just a bit too long….minor short comings. I never played the following titles extensively, so I can only imagine this was rectified to a degree. Regardless this was still a very fun game!

What is your favorite co-op game? Do you prefer online or ‘couch co-op’? Do you think Cooperative play is on it’s way to being phased out? Or is it simply evolving?

Let me know what you think!

Until next times Heroes…this is Nero, out!

4 thoughts on “Co-Op or No-Op?: Is Cooperative Play A Dying Concept?”