When it comes to gaming, I’ve never stayed on the ‘bleeding edge’ as far as titles and consoles (with the exception of the Sega Dreamcast…got that the day it was released…more on that another time). So when I first heard about Elder Scrolls Online which was released in 2014 for PC and the next-gen consoles in 2015…I wasn’t exactly gung-ho about playing it right away…also because I didn’t have a gaming PC at the time, nor an Xbox One or PS4…also because it was subscription based…

Then, the glorious day arrived when the subscription was dropped and I was able to join the ranks of the Glorious PC Master Race!

I’m really just kidding y’all..I like both teams, check out my post on Console Vs. PC Image from The Escapist

Now let’s get into the game!

First of all this game is huge…in two ways…one it pretty much encompasses all of Tamriel, the world in which Elder Scrolls takes place. Secondly the game is a good 57GB! It took me about 3 days to download and then patch the game (this was over a wi-fi connection unfortunately, but I have since moved and am now able to hard wire directly to the router).

The scope of the game was a big deal for me…my Elder Scrolls journey began with Morrowind, I then moved on to Oblivion and finally Skyrim. So it was a real treat being able to have the entirety of Tamriel available for me to traverse! 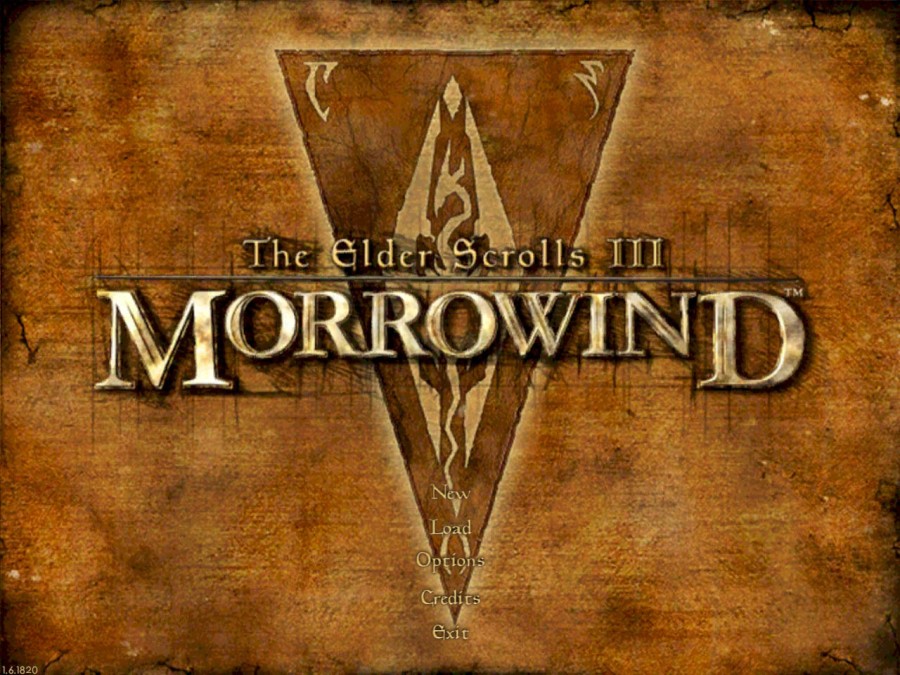 Some good memories are attached to this title screen…

I booted up the game, created an account, signed in, and created my character. I ended up going with a Redguard Templar…since I love being able to tank damage and heal my mates in battle…also it being an Elder Scrolls game, I figured I’d be able to tailor my character to my liking as I level up.

Much like previous titles, I began the adventure as a prisoner, this time in Cold Harbor, the plane of Oblivion where the Daedric Prince Molag Bal hails from…also I was already dead.

After a brilliant escape, I was pushed through a series of tutorial scenarios, allowing me to familiarize myself with the controls, and game mechanics, ending in me freeing The Prophet (voiced by Michael Gambon aka Albus Dumbledore of Harry Potter and the Prisoner of Azkaban and subsequent Harry Potter films)

This is where I pause the story…

To be honest, I wasn’t very impressed with the game and stopped played it for several weeks! I had later realized where my hasty and unfair judgement had come from. I had played Skyrim so long, and so many times…traversed the chilly north…slain more dragons than I can even begin to count, shouted my enemies to pieces…and modded the heck out of it…I found myself comparing ESO to Skyrim every step of the way…I felt like the character customization was not as deep as I would have liked… the combat while it had retained it’s action based movement and attacks, it felt dumbed down to me…the graphics, while very very nice, nothing compared to my heavily modded version of Skyrim I was used to.

After I came to this realization, I booted the game back up again…with a new perspective (I even took a break from Skyrim in order to make sure I my comparative mind was properly retired). Now I was out of the tutorial zone and was able to pretty much do whatever…so I did!

First off, let’s make no mistake about the soundtrack…it’s wonderful! I later realized that Jeremy Soule wasn’t the composer for this game (aside from the main theme, hits me right in the nostalgia, even though it’s been redone countless times now).

The composers for this installment are Brad Derrick and Rik Schaffer, one of the first pieces I heard in ESO is titled Imperial Legion…which I found to be reminiscent of Game Of Thrones, which is in no way a bad thing. I feel the proverbial torch has been passed on effectively here.

I’m listening to the soundtrack as I blog.

I found myself not only liking the controls, but I also experienced something that is the reason I love Elder Scrolls games in the first place…immersion! Next thing I new it was several hours later, and I had completed multiple quest lines, I just couldn’t stop. Nearly every quest I engaged in, I found myself really interested in what was going to happen next based on my choices…Another thing about questing, it’s fully voice acted! I love this!

Yet another thing I love about Elder Scrolls…the element of choice. I feel like this is one series that has implemented this quite well. By the end of a certain quest line to assist the Orc faction, in order to get them to join the Daggerfall Alliance, I was presented with a choice. I could either destroy an ancient artifact that was used to slay countless Orcs in the past, and by doing so gain not only their trust, but their commitment to the Alliance. Or, I could keep the artifact and use it to give my alliance a leg up in our ongoing conflict. I found myself seriously pondering which choice to make…I eventually made my choice, but in doing so I lost the favor of the half of the NPC comrades that I had acquired in the time questing alongside them (some of which I came to like!)…choice is very real in this game, and has consequences…and I’ve only begun to scratch the surface. 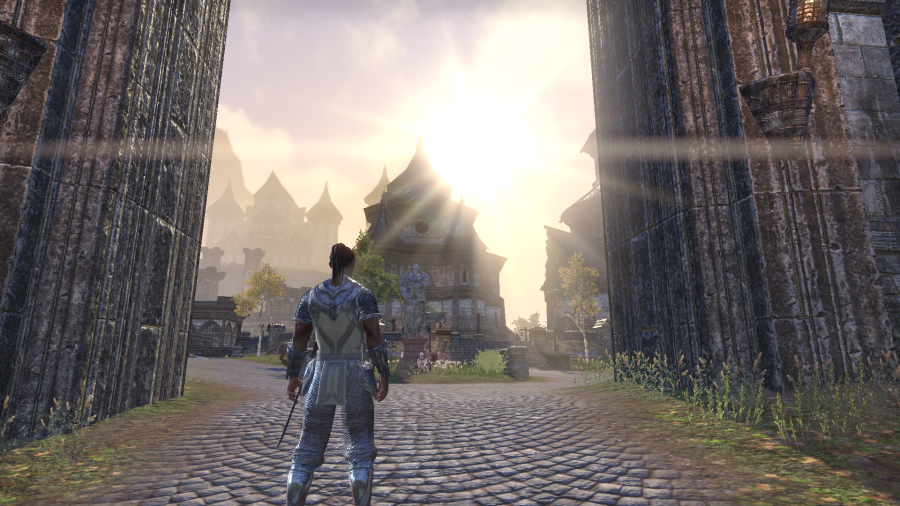 This game is really quite pretty.

I’ve gone on quite a bit about this game…and now it’s time to answer the initial question…Does Elder Scrolls Make a good MMO? I understand that ESO may have been less desirable in it’s early stages (I did some rooting around the internet, and there’s a lot of mixed reviews). However, based on my personal experience I had a really good time playing it!

I will admit, I did not give this game a fair chance initially…at first I looked at it as a sequel to Skyrim, when I should have been looking at it as an Elder Scrolls MMO. While that may seem silly to some of you, it’s the truth. I’m just glad I was able to realize it, otherwise I would have ruined the game for myself completely.

Although I’m not an extreme lore hound, nor a know it all fantasy buff…I do really enjoy the Elder Scrolls Lore, and this game has it in droves. I find it deep, rich, and overall immersive. There’s bound to be some part of it that you’ll find interesting or intriguing. If you are not familiar with Elder Scrolls, and would like to check out some of the previous titles, I highly suggest you try Skyrim, Oblivion, or even Morrowind.

While it has it’s share of ‘filler quests’ a good majority of the quest lines are quite enthralling, and can easily pull you in if you find the lore enjoyable, especially with ‘real’ consequences to your choices and actions.

All in all, I must say this is transition into the MMO genre was a successful one. If you like The Elder Scrolls, prefer action oriented combat over tab targeting and auto-attacking, and are looking for a game with an enormous world to explore. This may be for you!

Although, there is the fact that whatever race you chose us locked to a specific alliance, you can elect to pay a bit extra to unlock the Imperial race (which was available in every previous installment, which I find a bit odd) as well as the ability to choose whatever alliance you please regardless of race. Some may prefer the added freedom, but I stuck with the standard edition of the game. Overall I can safely say, that I will be investing many hours into this game.

Thanks everyone for reading, and I hope this blog will prove useful to some of you who are searching for the next MMO.

Until next time, this is Nero…out!

*The rights for all Elder Scrolls Games and Soundtrack belong to Bethesda and or Zenimax.